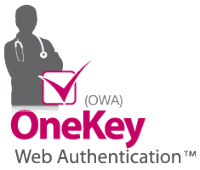 Already a member? Log in.
Got a Patient Case Dilemma ?

G-Med is a closed community for verified physicians only WEDNESDAY, Oct. 21, 2020 (HealthDay News) -- For patients with asthma, oral corticosteroid (OCS) and inhaled corticosteroid (ICS) use is associated with an increased risk for osteoporosis and fragility fractures (FFs), according to a study published online Oct. 20 in Thorax.

Christos V. Chalitsios, from the University of Nottingham in the United Kingdom, and colleagues conducted two nested case-control studies to examine the risk for osteoporosis and FF due to corticosteroid use in asthma. Patients with osteoporosis or FF and gender-, age-, and practice-matched controls were identified using an asthma cohort.

"The use of OCS and ICS should be kept to the minimum necessary to treat symptoms and should be stepped down if symptoms and exacerbations are well managed," the authors write. A third surge of COVID-19 cases now has a firm grip on the United States, with an average of 59,000 new infections being reported across the country every day.

That tally is the highest since the beginning of August, and the likelihood is high that the country will soon see the most new COVID-19 infections a day since the pandemic began,The New York Timesreported. This latest surge differs from the previous two: Instead of acute outbreaks in specific regions, such as the Northeast this spring and the South this summer, the virus is now simmering at a worrisome level across nearly the entire country. Colorado, Illinois, Kentucky, Michigan, Montana, New Mexico, North Dakota, Ohio, South Dakota, Utah, Wisconsin, and Wyoming each set seven-day case records on Tuesday. Even New Jersey, which managed to bring the virus under control last spring, has seen a doubling in cases in the past month.

Even more troubling is the fact that this latest surge is coming as cooler weather is forcing people indoors and many Americans report they are fatigued by months of social distancing and travel restrictions, The Times reported. "We're seeing spread virtually everywhere," Ohio Gov. Mike DeWine said during a news conference Tuesday. In his state, 69 of 88 counties are now considered "high incidence," meaning at least 100 virus cases per 100,000 people in the past two weeks. But instead of imposing new measures to curb the spread of COVID-19, DeWine said: "The fastest way we can do it is not for me to issue some order that you can't enforce or would be difficult to enforce, but rather for every Ohioan to take this seriously."

In North Dakota, which is leading the nation in new COVID-19 cases per capita, hospitalizations and deaths are at a high, and just 20 intensive care beds were available statewide.

Luckily, the climbing case count has not yet translated to increased deaths: About 700 people are dying from COVID-19, on average, each day. So far, more than 220,000 Americans have died from the virus.

I would like to know if anybody has experience about flu vaccine this year. Do you think it will be effective? Could be any risk with covid, I mean like antibodies which could favour the entrance of the covid in the cell as it was said that happened with SARS-CoV 1 antibodies and covid, increase in the cytokines storm of covid, neurological impairment, coagulopathy, ...?  Thank you

Complaints of lumbago and diffuse arthralgia: What diagnosis do you suggest?

Our patient is a 37-year-old gentleman without significant past medical history who initially presented to his primary care physician with complaints of lumbago and diffuse arthralgias.
An X-ray of his L spine was concerning for decreased bone mass and a DEXA scan was notable for a -score of −3.6.Intact neurologic function.
Secondary workup was significant for normal renal and liver function. Celiac disease, multiple myeloma, and glucocorticoid excess were excluded with tissue transglutaminase and anti-endomysial antibodies, SPEP/UPEP, and 24-hour urine cortisol and dexamethasone suppression test, respectively. Normal thyroid function.
Calcium and phosphorus were normal, vitamin D deficient (25-OH-Vitamin D level was 20.7 ng/mL). His prolactin was elevated to 974 ng/mL (normal 2–17), with low FSH and low-normal LH and testosterone. We did an MRI of the brain that illustrated a pituitary macroadenoma measuring up to 3.2 cm with extension into the sphenoid sinuses and mild superior mass effect upon the optic nerves. Formal ophthalmologic examination revealed normal visual fields.

Close
Are you sure?
Please, enter a value here